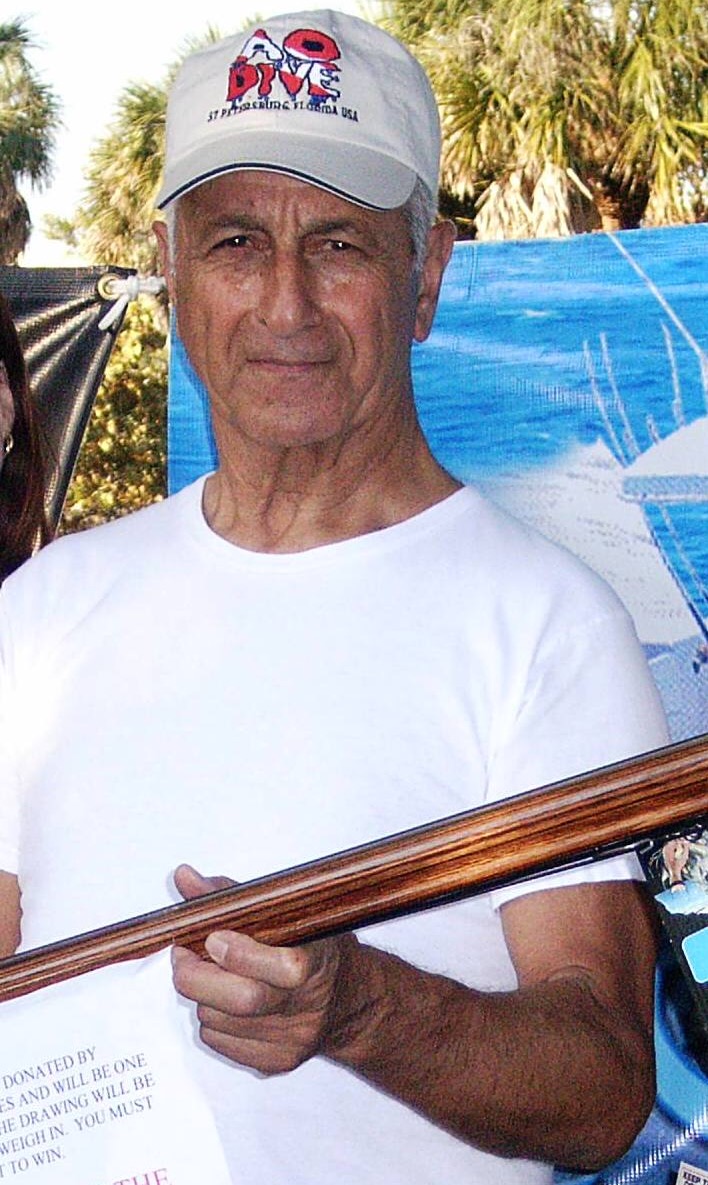 Clifford James Ellis was born on February 3rd, 1931, in Lansing, Michigan as one of nine children. Cliff served in the Michigan State Police, where he was Commander of the Underwater Recovery Unit, until retiring in 1982 and relocated to Gulfport, Florida where he practiced real estate and volunteered extensively for the community. This included support to organizations such as Habitat for Humanity, the Salvation Army, the Tampa Bay Spearfishing Club, and the Florida Skin Divers Association. As a humanitarian, Cliff enjoyed helping people and regularly helped others by offering his time and support. This includes serving as a defacto handyman for the apartment building in which he lived. As such, Cliff would assist the residents with various maintenance and repairs but never charged a dime for his services.

Cliff was an avid diver and friend to everyone whom he met. On May 24th, 2008, Cliff passed away from a heart attack while scuba diving for fossils off Venice Beach. He passed after refusing to accept a pacemaker that was recommended by his cardiologist, a choice that would have prevented Cliff from scuba diving. Instead, Cliff chose to live his life to the fullest and pursued his passion until his final day.